I’ve completed the first of the UFO’s on this year’s UFO Challenge List!

Sometime last year I pulled out a small pile of fabrics that “sort of went together” and made the quilt top using the directions I found here for the Double Slice quilt.  The original quilt maker used a Layer Cake (10” squares), but I had yardage and scraps, so I used my 9 1/2” square ruler to cut my starting pieces. 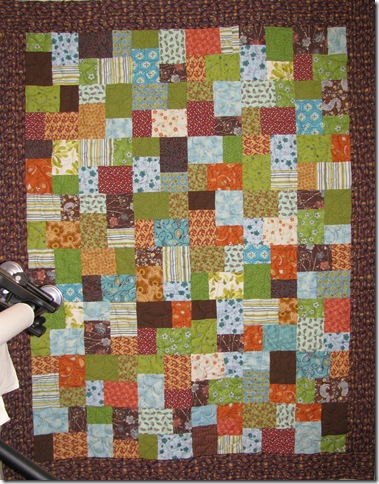 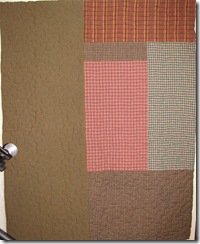 I’m very happy with the back of the quilt – I used some “chunks” of plaids that had been taking up shelf space for too long.

The batting was also from stash.  It was a piece of that old polyester stuff that must be about an inch thick.  After wrestling with it on the quilting machine (and losing 5% both lengthwise and widthwise in the quilting), I will certainly be happy to go back to the lovely thin battings we use these days!  The batting did make the quilt nice and fluffy, and I’m sure it will do a good job of keeping someone warm.  The quilt was made for donation and will be finding its way to a new home shortly.

January began with a list of 12 UFO projects to be worked on through the year.  How did I do?  Of those twelve projects, six were completely finished – Hooray!  Four saw good progress – to the flimsy stage.  One project I abandoned but finished up something else in its place.  And the last one, my African Collage which was the project for December, never made it out of the bag!  -- that project is first on my list for 2012.

In my defense, however, I will say that sometimes there are more important things than quilting.  My father passed away in December and time and energy went into spending time with family, holding a memorial service, and cleaning out Dad’s apartment.

As we sorted through Dad’s things I was surprised to see how many quilts there were!  I had made them for Mum and Dad over the years, and somehow they all made their way to the apartment.  Here are a few of them:

The gardening quilt hung right outside the apartment door to remind visitors that growing things had always been important to Mum and Dad.  (The blocks were made from a series of  patterns in Quiltmaker magazine.) 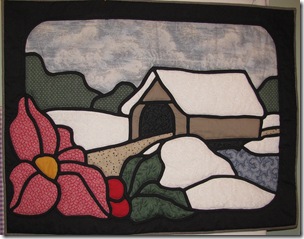 Dad had this stained glass quilt above a bookshelf.  I borrowed the pattern from a friend who worked in glass and enlarged it for the quilt. 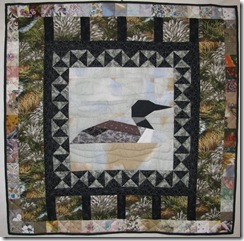 The loon quilt was made as a guild round robin project.  The block is from a book by Margaret Rolfe, and friends in the guild added the borders.  I think this one reminded my father of fishing expeditions on prairie lakes. 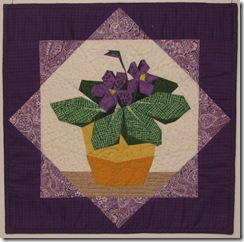 I made the African Violets for my mother to remind her of the plants she always kept on the kitchen windowsill when they lived on the farm.  Pattern from Paper Panache. 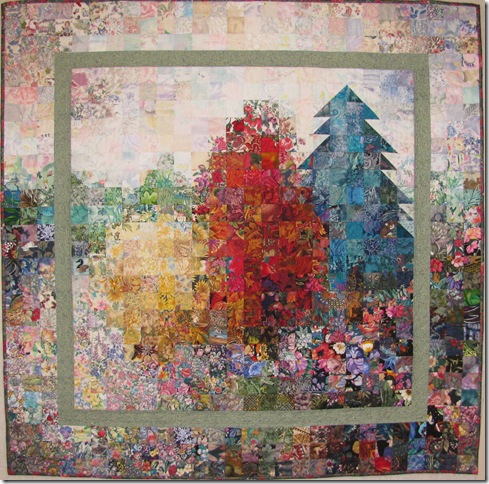 The watercolour quilt is called My Father’s Trees. It was made for my parents’ fiftieth wedding anniversary in 1997.  They spent those 50 years running a tree nursery and selling plants to beautify the surrounding community.  The images represent a blue spruce, a maple, and a golden elder, three of Dad’s favourites.